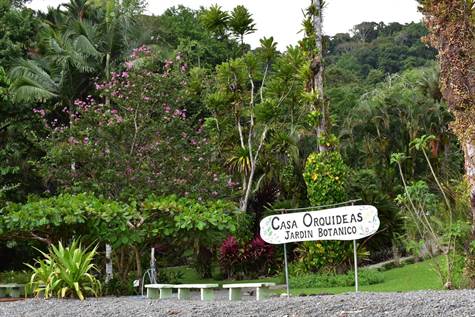 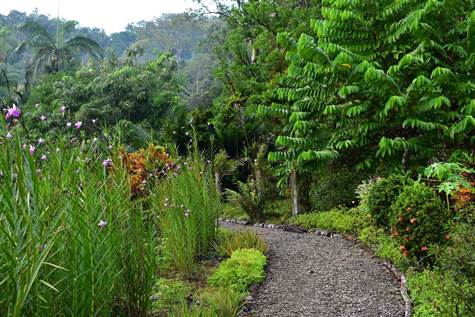 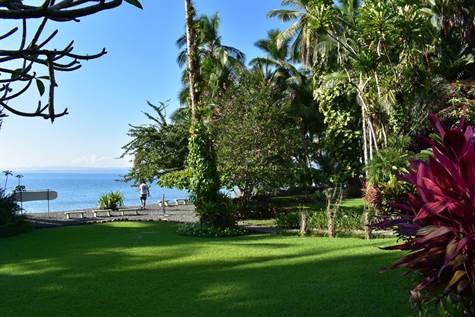 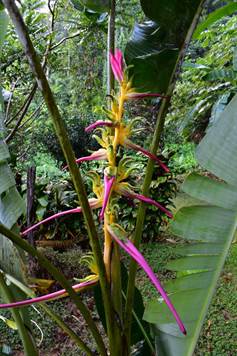 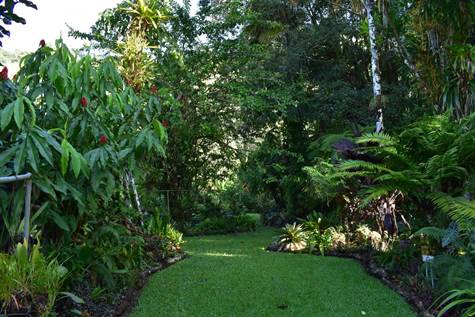 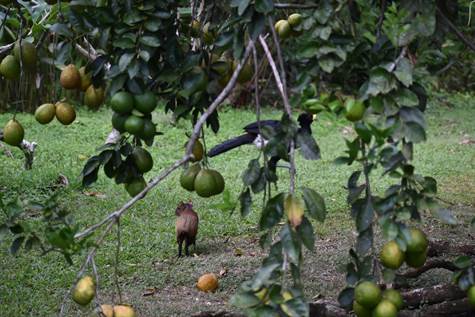 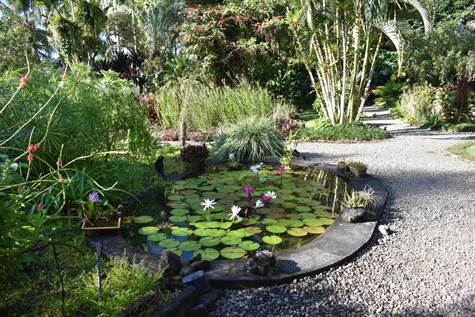 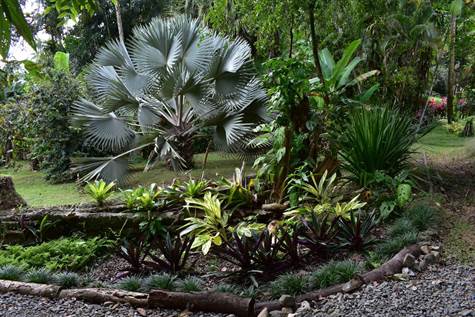 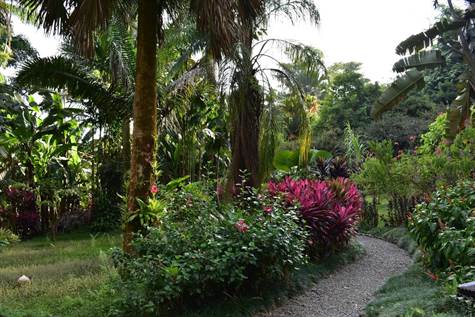 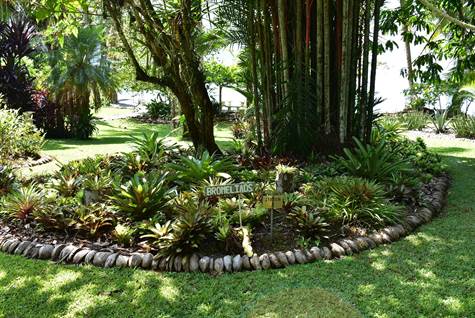 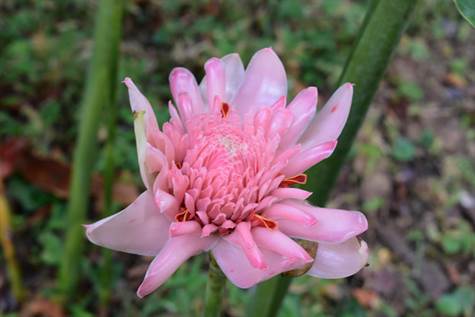 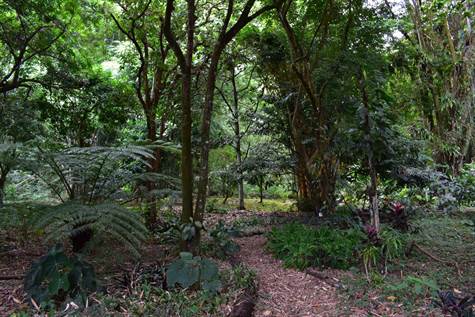 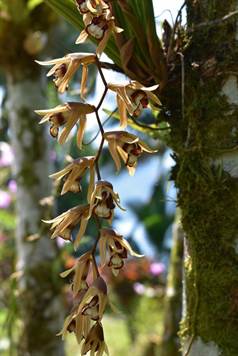 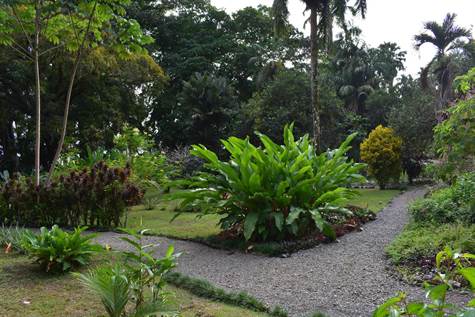 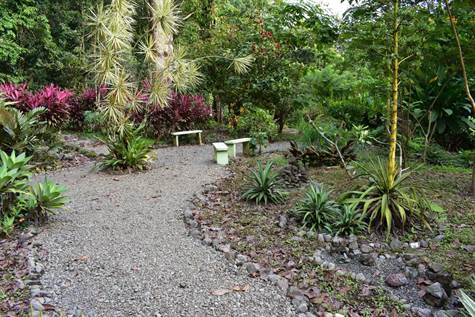 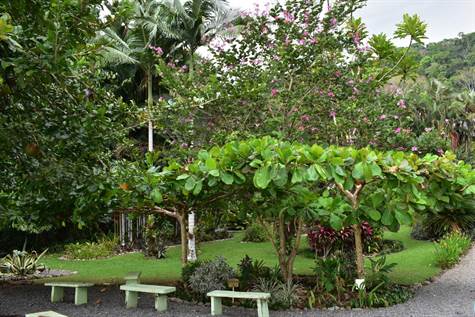 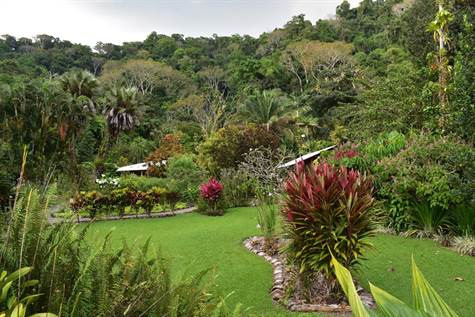 Over the last 40 years Ron and Trudy MacAllister have collected an impressive number of native and exotic plants including orchids, heliconias, gingers, bromeliads, bamboos, fruit trees and many others. As they collected these items they carefully created groups of plantings, pebble paths and grass areas where a person can meander easily thru the gardens admiring flowers, fruits and plants in general. The beach setting makes it a unique place where coastal species of flora and fauna mix with jungle species.
Pictures do not do justice to this garden as there are so many species it is impossible to post them all on line. With around 100 orchid species, 30 ginger varieties, 50 heliconias, 50 bromeliad, more than 50 palms species and numerous exotic fruits from all over the world. On the property an inventory of over 150 birds species has been logged. These include Scarlet Macaws, Chestnut Mandibled Toucan, Green parrots, Currasou, Wild Turkey and so much more.
Because of the fruits and gardens many animals are attracted to the property including coati mundi, agouti, white tailed deer, wild turkeys, monkeys and an innumerable amount of birds including chestnut mandibled tocans and scarlet macaws.
On the property there is a main residence which is a cement structure with two bedrooms and one bath and right behind there is a covered work area with a nursery. There is also a cabin, a guest receiving area and a bathroom shower area for guests. The house and cabin are run on solar power and water comes from a stream nearby that runs into holding tanks and then into the house.
It is a running business with many visitors coming from the different hotels, lodges and small cruise ships from around the area. You can find articles online from the different tourist attractions that describe Casa Orquideas as a place where you can touch, taste, smell and see a variety of foods that you usually only encounter in supermarkets.
The total titled property is 57 acres (23 hectareas) of which 90% is in the Piedras Blancas National Park

P2#277302441
top
Information is deemed to be correct but not guaranteed.
Seller Login